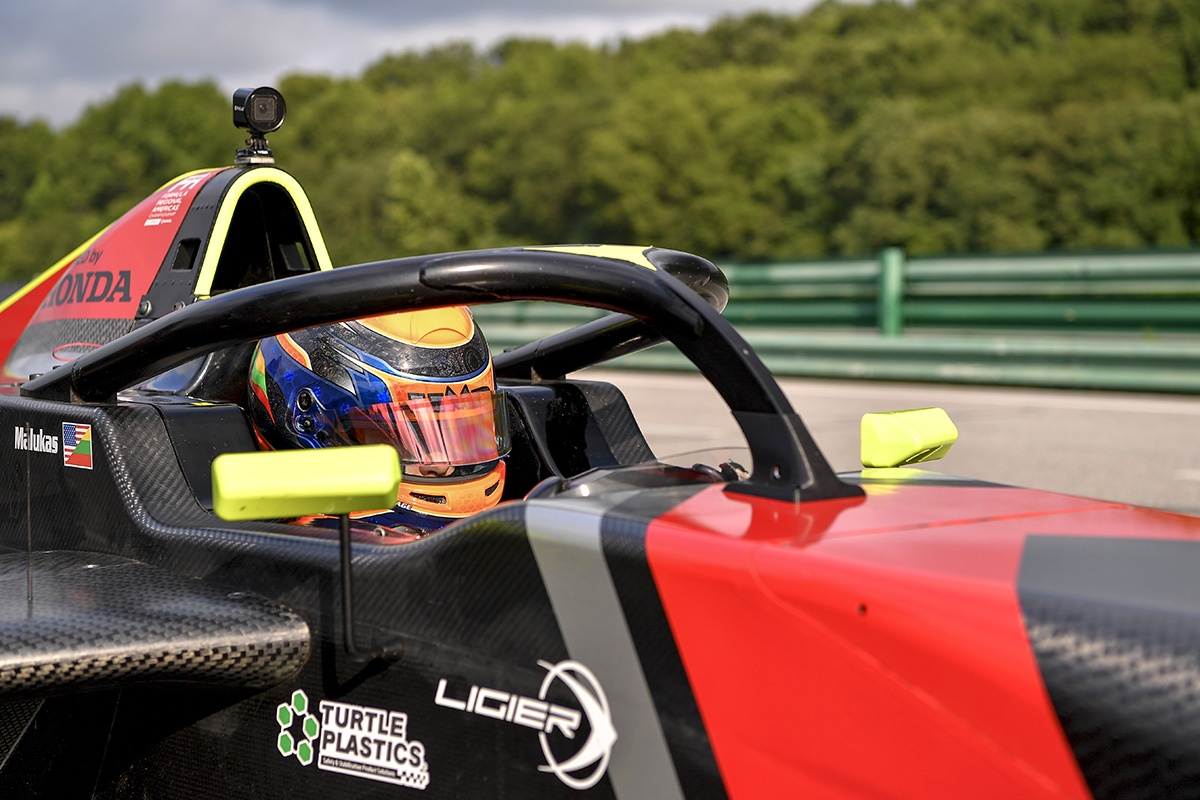 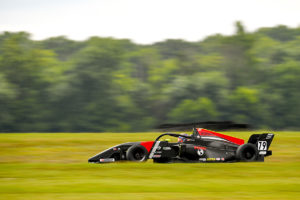 HMD Motorsports traveled to VIRginia International Raceway this past weekend for rounds three, four and five in the ultra-competitive Formula Regionals Championship Powered by Honda. Battling the environment was the main issue this weekend, as David Malukas, the HMD Motorsports team and even the car began to wear down in the blazing Virginia heat and humidity. However, still being in their second weekend with the series and only taking two test days in preparation for the season, the team still managed to show their skill and ability to overcome multiple obstacles and come out successful

Starting off the weekend with four series test sessions on Thursday, Malukas was quick in learning the track at VIRginia International Raceway. Having never been to or competed on the 17-turn natural terrain road course, Malukas used every valuable lap to prepare for the upcoming weekend. While there was no official timing on the Thursday Promoters Test Day, Malukas quickly began putting down fast laps and became comfortable on the course and in the car. In the final session of the day, Malukas was able to experience the track in the rain, where he continued to excel.

“VIR is a great track,” Malukas explained. “It’s a fun track with a lot of high-speed corners and every lap is an adventure. We have a lot of learning to do here, but I think we will be able to do well this weekend.”

Heading into the official practice day on Friday, the team hit a few bumps over the course of the two sessions. In the morning session, Malukas finished the session in eighth, experiencing a completely different car from the previous day. After running the first session on used tires from the Mid-Ohio Sports Car Course event, the team put on a different set for the second practice session in the afternoon. In what ended up being a short session for the HMD Motorsports team, Malukas put down a fast lap on lap five before getting loose on the next lap and ultimately getting into the tire barrier. Even though he was unable to complete the entire session, his time held out and he finished in second. While it was a short session, Malukas was one of three drivers in the field to improve on his time from the morning session and put down his fastest lap of the day.

Feeling confident heading into qualifying on Saturday morning, Malukas went out to put down four quick laps in the opening few minutes of the session. In an attempt to improve his time, the team brought Malukas in to mount a different set of tires for the latter half of the session. After completing less than two laps and still bringing his second set of tires up to speed, another driver hit the tire barrier and all drivers were brought back to pit lane, where they remained for the duration of the session. With minimal opportunity to put down a fast lap, Malukas finished the session in eighth with a time of 1.44.691. David went on to finish fifth in the first wheel-to-wheel action of the weekend.

After a not so lucky previous day, the team was determined to make up the missed championship points and end the season on a high note. Starting the race mid-pack in sixth, Malukas jumped to fourth at the start of the race, passing both Benjamin Pedersen and Danial Frost. With eighteen minutes remaining in the session, Jordan Missig went off-track, giving Malukas the third-place position. Maintaining a steady three-second lead, Malukas cruised towards the finish line and collected the third-place finish.

Heading into the third and final race of the weekend, HMD Motorsport and David Malukas were confident in their ability to put together another solid finish. At the start of the race, Malukas held his third place starting position, where he remained for a majority of the race, closely trailing the leaders. With six minutes remaining in the session, a yellow came out for a car off track, and the team thought that was the end of the race. Right as the yellow flag flew, Malukas began to experience car troubles caused by the intense heat over the weekend. While Malukas was stuck in fourth gear, the series announced, “Green, this time by.” With a failing car, Malukas gave it everything he had. Initially falling to fourth on the restart, with two laps to go, he worked his way back onto the podium.

“It was a great weekend of learning,” Malukas said. “At a new track, with equipment that we are still beginning to learn and overcoming multiple obstacles, we still came out successful this weekend and secured two podium finishes.”