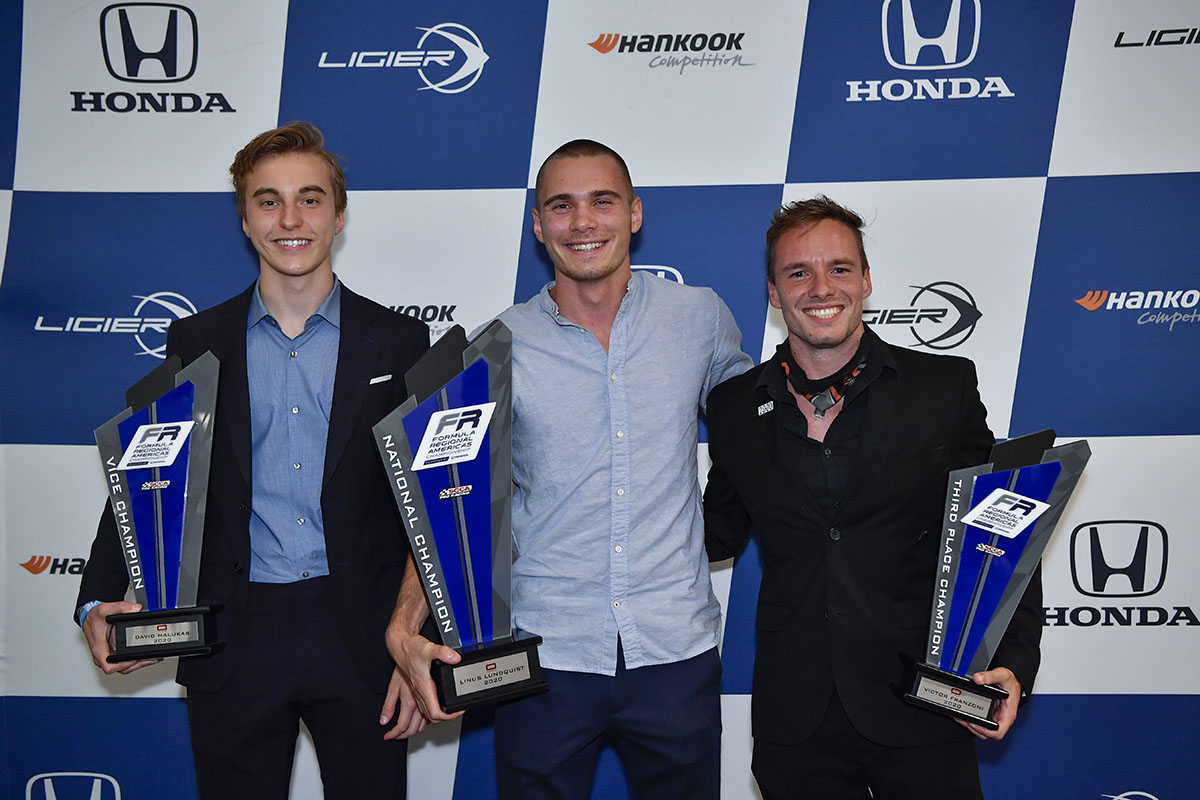 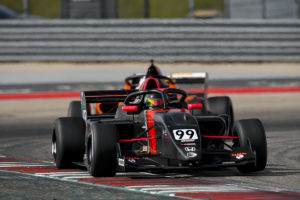 This past weekend, HMD Motorsports wrapped up their 2020 season at Circuit of the Americas in Austin, Texas. Brining their largest squad to date, the team entered four drivers in the series – Marco Kacic, Kyffin Simpson, David Malukas and Logan Cusson. Competing in rounds 15, 16 and 17, the drivers battled the 3.426-mile technical circuit.

After two practice sessions on Friday, David Malukas lead the HMD Motorsports lineup finishing the two sessions in fifth and fourth respectively. Newcomer Marco Kacic had a strong start to the weekend finishing the first practice session in sixth. Cusson, who had begun to show massive improvement in the previous few rounds, completed only one lap in the first practice, before being forced to retire from the session.

In the first race of the weekend, Malukas went on to earn yet another podium finish, coming in third. 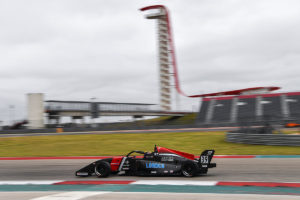 Starting the second race from the outside of row two, David Malukas quickly found himself in a tight battle for third with Jacob Abel. After getting around and taking over the third position, Malukas quickly began to pull away from the rest of the field, where he continued for the remainder of the race.

For the final race of the 2020 Championship Season, Malukas again started from third, followed by Kyffin Simpson in eighth, Logan Cusson in twelfth and Marco Kacic in thirteenth. Early on in the race, Kacic suffered from a damaged front wing, and struggled to maintain pace, however he was able to fight and finish the race and finished in eleventh. Cusson worked his way up from eleventh to finish seventh. To finish out the season, Malukas finished second, and finished on the podium for the third time that weekend and for the fifteenth time in 2020.

On Sunday evening, at the Championship Banquet, David Malukas was officially awarded the Vice Champion title for the 2020 Formula Regional Americas Championship. HMD Motorsports was also awarded second place in the Team Championship. 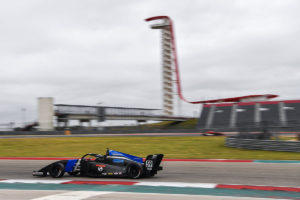 The 2020 year has been a season of growth and change for the HMD Motorsports crew. Starting the season competing in Indy Lights Presented by Cooper Tires, the series was ultimately canceled due to COVID-19. After regrouping, the team made the decision to enter the Formula Regional Americas Championship Powered by Honda for the 2020 season. Throughout the season, HMD Motorsports proved to be a competitive force in the series.

With plans for 2021 already in the works, HMD Motorsports will now shift their focus to the 2021 season and a return to Indy Lights Presented by Cooper Tires. As the team begins to fill out their team roster, HMD Motorsports is still looking for drivers. For information on joining the team in 2021, please email [email protected]