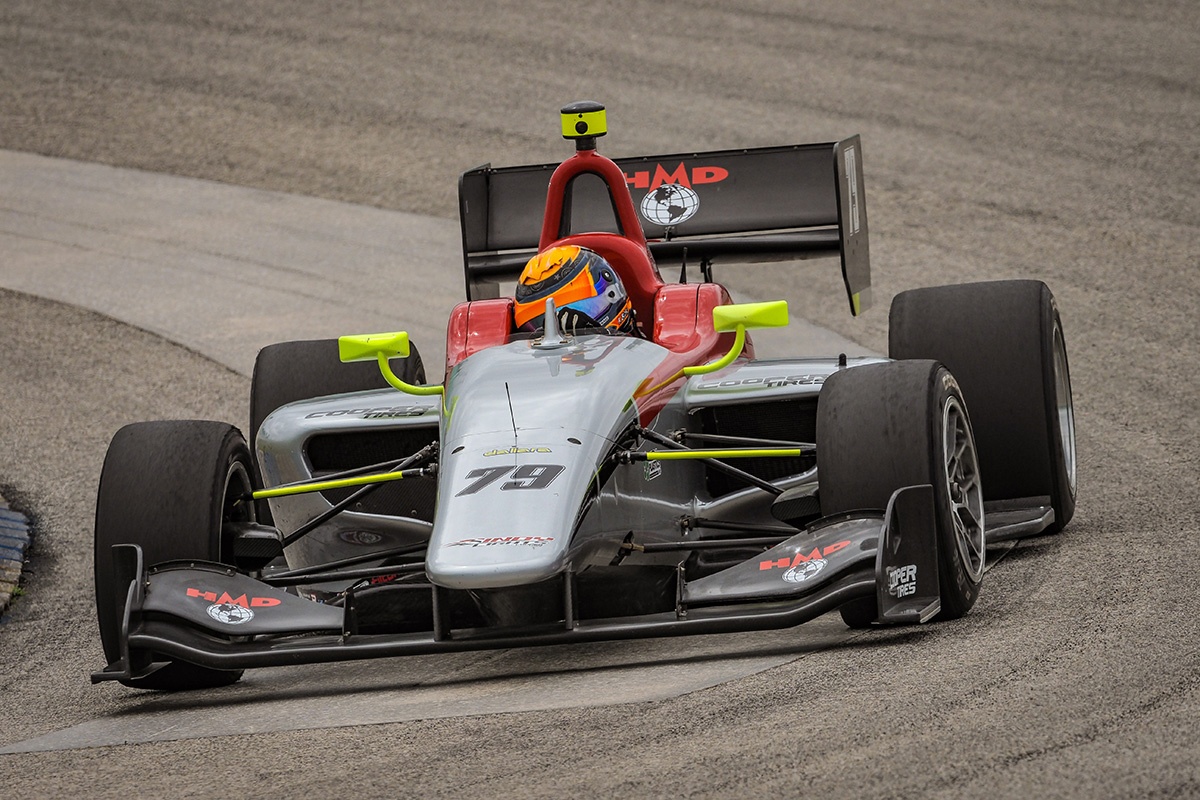 After a rollercoaster season in 2019 that saw several podiums, a race win and changes within the organization, HMD Motorsports used the offseason to rebuild the team from the ground up. Bringing in new employees and reworking their race lineup, the team is ready to take to the streets of downtown St. Petersburg this weekend, March 13-15, for the Indy Lights Presented by Cooper Tires season opener.

Heading to the 1.8-mile, 14-turn temporary street circuit, HMD Motorsports is well equipped to conquer the weekend. With multiple new team members, including some of the top mechanics and engineers hired at the end of last season and throughout the offseason, HMD Motorsports is looking to challenge for race wins and podium results right out of the gates.

Fielding the #79 entry and returning to the team is Indy Lights sophomore David Malukas. In 2019, Malukas finished both St. Petersburg races in fourth, just narrowly missing the podium. With a season-best finish of third, he hopes to be able to climb to the top step of the podium, becoming a front-running contender in the 2020 season.

Santiago Urrutia is returning to the Indy Lights field in the #55 HMD Motorsports entry. After taking a year away from the series and racing in the TCR Europe Touring Car Series, Urrutia will be making another attempt to claim the Indy Lights Championship title. In his three years (2016-2018) racing in St. Petersburg in Indy Lights, Urrutia has claimed three podium positions, winning in 2018.

The third and final entry for the team will be driven by Indy Lights rookie Antonio Serravalle, who will pilot the #11 HMD Motorsports entry. Moving up from Indy Pro 2000 Presented by Cooper Tires, the 17-year-old Canadian will be making his Indy Lights debut this weekend. In 2019, Serravalle earned his best finish of fourth at the streets of Toronto and hopes to emulate those results on the Streets of St. Petersburg this weekend.

In preparation for the upcoming season, HMD Motorsports has spent the last few weeks testing at Sebring Raceway, Barber Motorsports Park and Homestead-Miami Speedway. Most recently, the team participated in Spring Training in Homestead and logged laps of data and gained experience that will aid in their efforts in 2020.